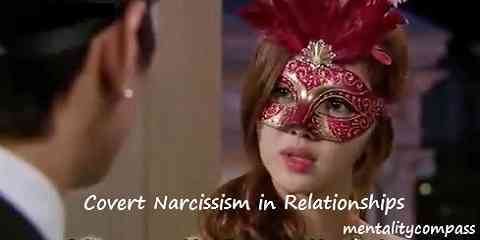 As you all know the term of narcissist refers to a person who is exaggeratedly concerned about their physical look and how people see them. It also refers to someone who is attention’s craver and persistently boasts about their achievements and triumphs without respect for others. However, covert narcissism is the opposite.

The Definition of Covert Narcissism

Some of you may not hear the term of covert narcissism before. Unlike the term narcissist who refers to someone who likes to be the center of attention, brags about their successes and accomplishments without thinking of others’ regard.

Must Read:  How to Hurt a Narcissist? - is it Effective or Not?

Covert narcissism is considered to be a psychological personality disorder as people who suffer from narcissism, in general, turn out to be intensely problematic with their relationships, self-identity, and path in life. Someone who suffers from covert narcissism is typically more passive, has contemptuous attitude, defensiveness, dishonesty, passive aggressiveness, and resentment.

The Signs of your Partner Suffers from covert Narcissism

Do you know that convert narcissism in relationship exists? You may don’t see or realize that your partner or lover suffers from this personality disorder. Because as a matter of fact, the narcissism is not obvious at first, but sooner or later it will leak out. 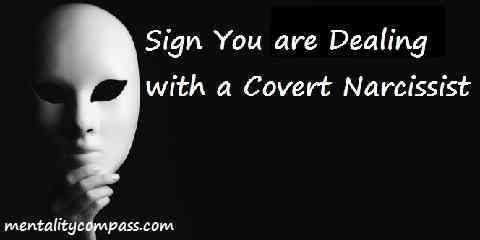 Your partner is probably normal in personality at first. Everything goes well. But through time, you will find that there’s something wrong with your partner, emotionally. That will put your relationship in jeopardy. That’s why it will be worthy for you to recognize the signs of covert narcissism.

Must Read:  Fun Activities for People with No Friends

If you don’t want to get problems with your relationship, you need to be aware of covert narcissists in relationships.