Home » Relationships » How to Avoid Saying I Hate My Boyfriend? 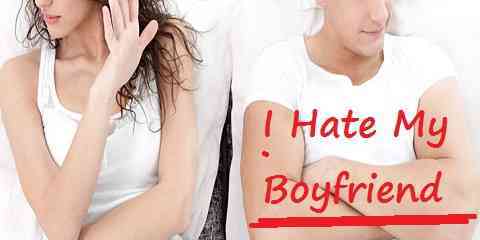 “I hate my boyfriend!” This kind of saying must have been heard by your best friends or those who are getting annoyed with their boyfriends. When it happens, there are two things that everyone needs to do whether they have to fix their current issues between them and their boyfriends or end the relationship with the boyfriends they have got.

Ways to Avoid Saying Hateful Things to Your Boyfriend

Hateful things can turn someone to worsen the relationship that you have. More exaggeratingly, by saying the hateful things you can hurt someone’s feeling towards you and that would be engraved for the rest of the time until the listeners have decided to forgive you. Thus, you need to know some ways to have better and stronger bond with your boyfriend in a relationship.

Must Read:  The Worst Thing You Can Do to a Narcissist to Punish Them

Have truthful communication
When you are struggling with your current relationship, one thing that you need to do is by having a truthful and honest communication. In this moment, you have to say what you have in mind that your boyfriend hasn’t known about it.

Sometimes the best issues can be solved when you have said the most honest feeling you have. Indeed, it might hurt but in the end the solution of where the relationship will go can be found. You have to give your boyfriend a chance to spit out what he has been feeling all this time to you.

Be out of the ordinary
After having a serious verbal fight with your boyfriend, you need to make your daily mood back to do in time. When mostly in your daily lives you are wearing T-shirt and shorts, it is the time for you to make a change.

You can pick the most colorful dress or top with skirt in the colors that you have never been wearing before. Besides, you can make changes with your haircuts too. It helps you boost up your mood so that you can spare your time to talk to your boyfriend in an honest way. By doing this, you can find your boyfriend to notice you differently. 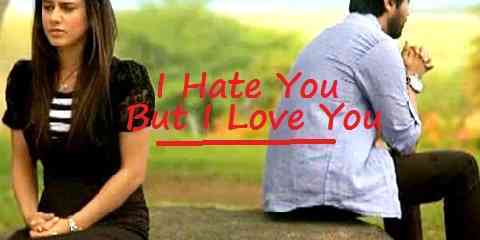 Must Read:  How to Hurt a Narcissist? - is it Effective or Not?

Respect privacy and trust him
Between you and your boyfriend, there will always be privacy that neither you nor your boyfriend can enter. It means that when you or your boyfriend is hanging out with your or his best friend, you don’t need to be in total curious of what you guys would be doing.

Sometimes there are people who are always texting and checking where you are, what you are doing, what you are wearing and many things as follow. It makes discomfort for your relationship because he might think that he is totally caring about you but in contrast you think that he doesn’t trust you that much. Thus, you should follow these ways in order to avoid saying “I hate my boyfriend”.